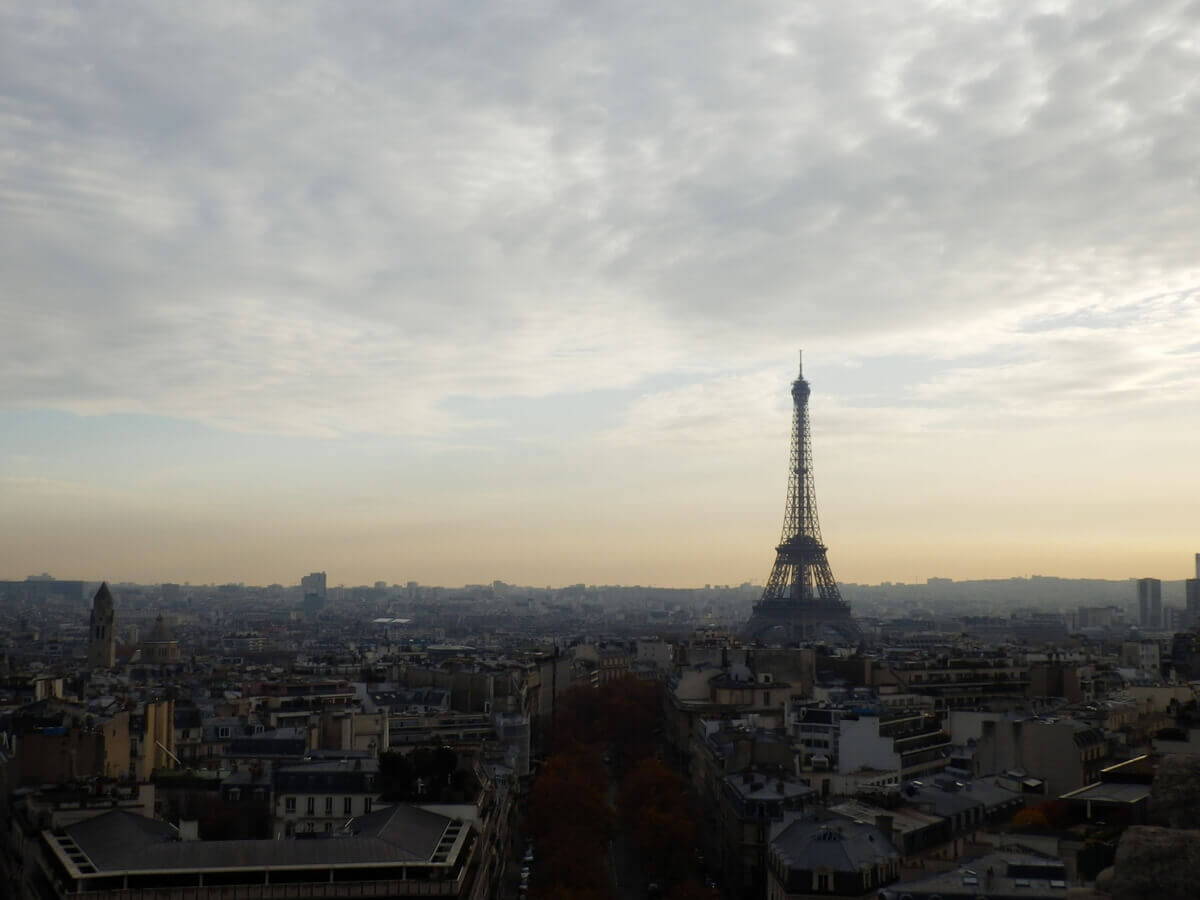 One of the most famous series in the long history of Louis Vuitton "Monogram"
You can immediately recognize that it is Louis Vuitton when you see the monogram, it is a series that can be called the face of such a brand. Do you know the history of such a monogram?

Actually, the reason for the birth of Monogram was "a problem" that Louis Vuitton had...

This time, I will explain the history of monograms and explain why they were born. In addition, we will introduce some representative models of monogram, so if you are interested in monogram or are considering purchasing it, please refer to it.

The beginning of Louis Vuitton 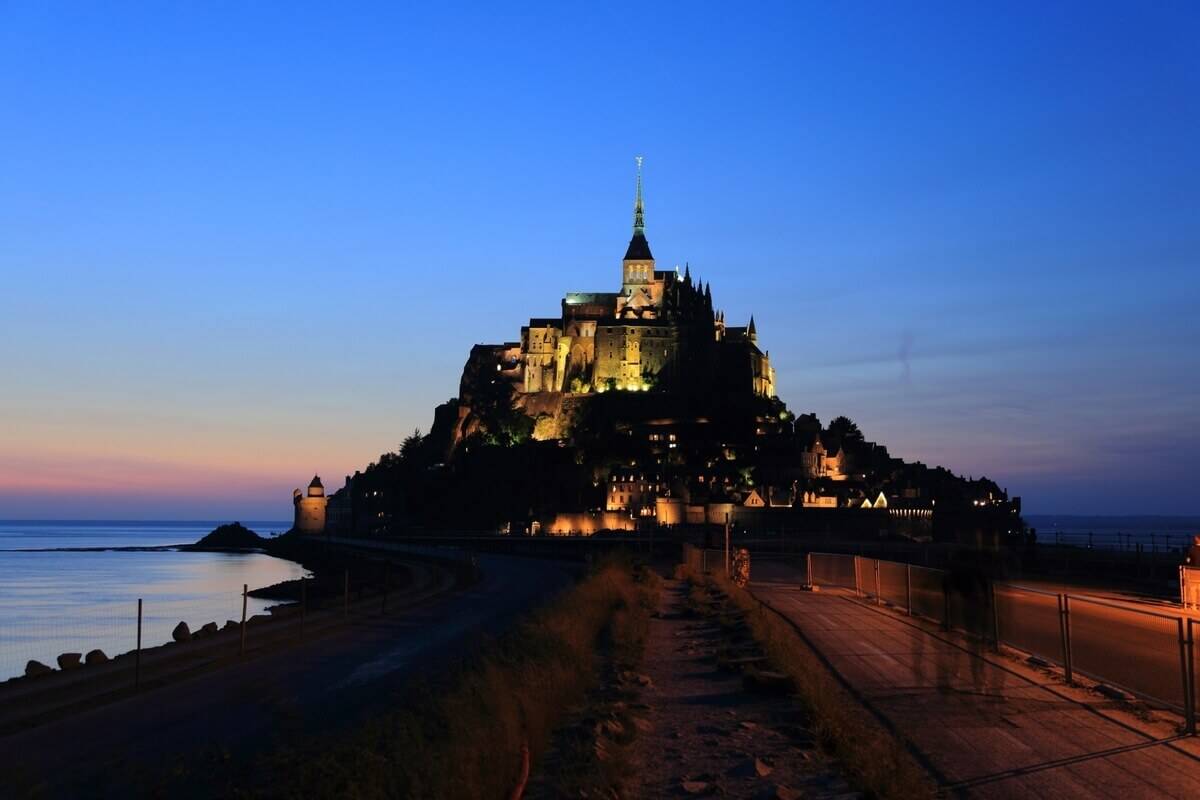 Shortly after its founding, Louis Vuitton gained popularity throughout Paris as a travel bag specialty store. When the means of transportation at that time began to change from horse-drawn carriages to railways. Considering the convenience of travelers, Louis has created the easy-to-stack and lightweight trunk case "Guri Trianon Canvas".

Many travelers were fascinated by the flat design like a wooden box, which was different from the one with a rounded trunk case. With the movement by rail becoming mainstream, the demand for Guri Trianon canvas will continue to grow steadily. However, this popularity later developed into a big problem...

Louis Vuitton copy products are on the market! ? ~ Birth of Damier ~

Around 1880, his son Georges Vuitton became the representative, replacing Louis, the founder. Around that time, a copy of the Louis Vuitton trunk case began to appear in the city. With a sense of crisis, Georges devised a new model line.

And it was "Damier" that was announced.

Damier has a novel design that is different from the one that was inspired by the Japanese checkered pattern. It is still a representative model line that still symbolizes Louis Vuitton.

Although it was a novel design of Damier, it was also designed for mass production, and soon copies came out. Georges does not consider simple designs that can be mass-produced, but designs that require the craftsman's outstanding technology.

And "Monogram" was announced. The monogram is an innovative design that combines the letters "L" and "V" of Louis Vuitton with flowers and stars reminiscent of Japanese family crests, and it requires skillful technology that cannot be duplicated elsewhere. Since then, the number of copy products on the market has been drastically reduced, and its innovative design has made it popular throughout Paris.

Even more than 100 years after the announcement, it is said that more than 60% of the sales of Louis Vuitton is occupied by the monogram series, and it is no exaggeration to say that it is the face of Louis Vuitton. I am.

The Stockton matte model was announced in 2002. 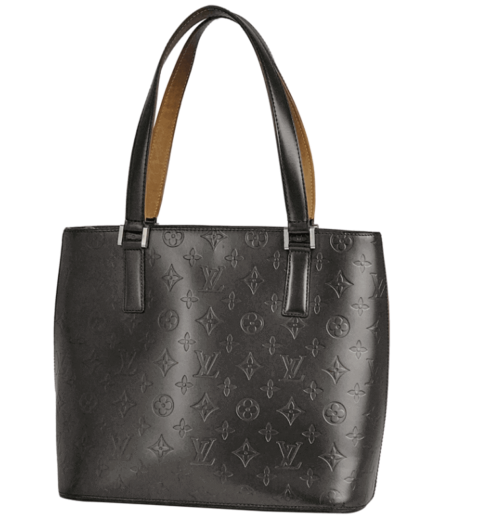 Neverfull was announced in 2007. It is a best-selling bag whose popularity is unprecedented even today, and new products are announced one after another.

The handle part's leather and monogram coloring are outstanding. Because it has excellent storage capacity, it is also recommended as a bag for going out or going to work. Why don't you add the color to your daily life with the functional appeal of Neverful and the luxury of monograms? 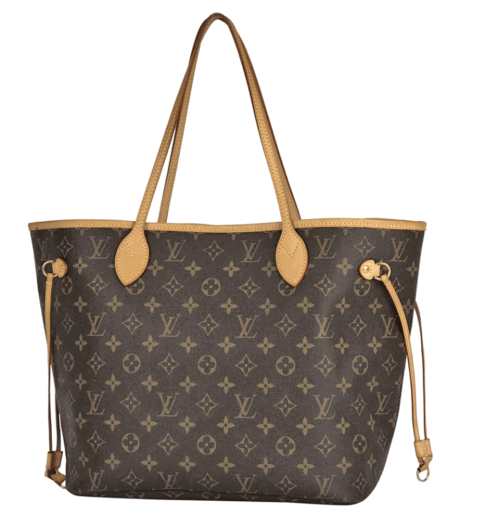 The looping, which is characterized by a cute Nume leather that draws an arc, is recommended for those who want to bring out the feminine cuteness.

The size is just right for everyday use, and the attractive design is easy to use and match fashion. You can feel the feeling of Louis Vuitton in pursuit of beauty as a fashion item, even if you can not see the opening and closing pocket from the outside. 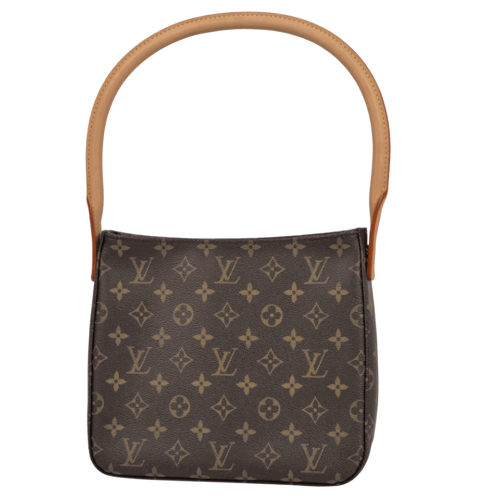 Monso 28 is recommended as a handbag that gives a unique impression.

The compatibility of the sparkling metal parts and the surface with monogram is outstanding. Its elegant yet classical appearance will further enhance its attractiveness as a woman. It can also be used as a shoulder bag by attaching a shoulder strap. 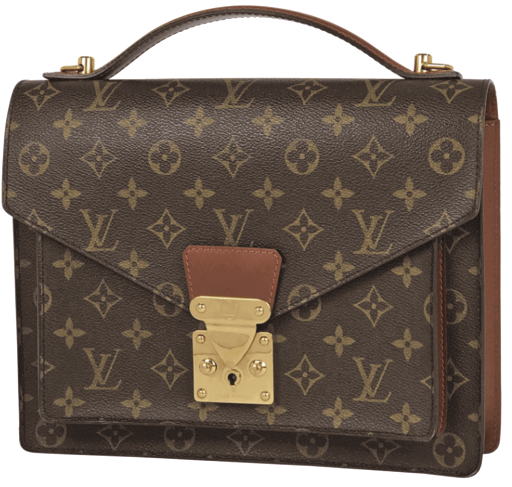 The Louis Vuitton bag, which has a long history among many, was introduced in 1920.

Keepall is a bag that has been loved by many people as an icon item of Louis Vuitton to this day. The high storage capacity is attractive, so even if you travel for 2 to 3 nights, you can store your luggage with one key. I want to keep the few trip memories as special memories forever. A trip with Keipor will surely be a special day. 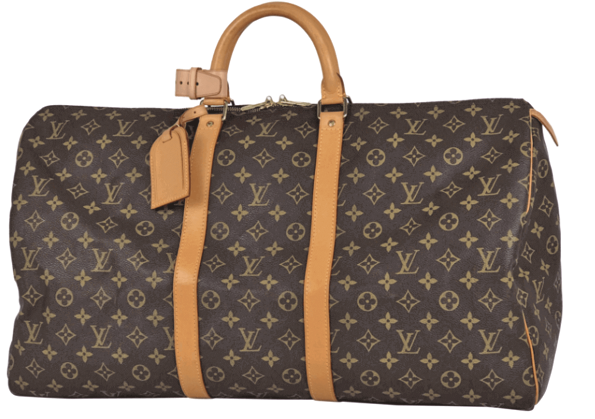 Trouville with a cute little round shape.

It's the perfect size for shopping or taking a walk to a close distance. The pocket that opens up to the outside is designed so that you can easily take out your smartphone or wallet, and I am happy that it has excellent functionality. 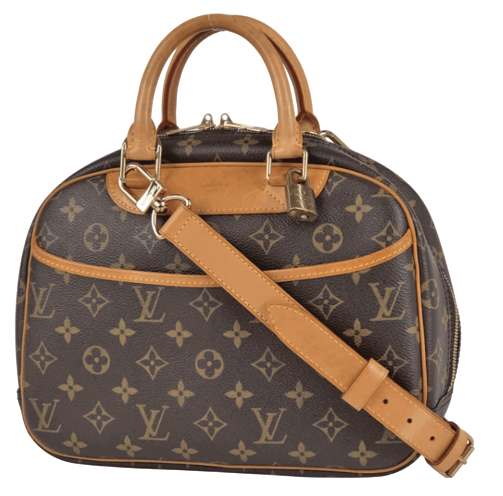 With a rectangular shape and wide width, the Vivasite is a bag with excellent storage capacity. There are two pockets on the outside, so it's ideal for putting things you want to take out immediately, such as handkerchiefs and smartphones. The sharp shape of the quadrangle is also useful as an item that matches the mode style.

You can also enjoy fashion by changing the monogram's iconic design to the fashion color. 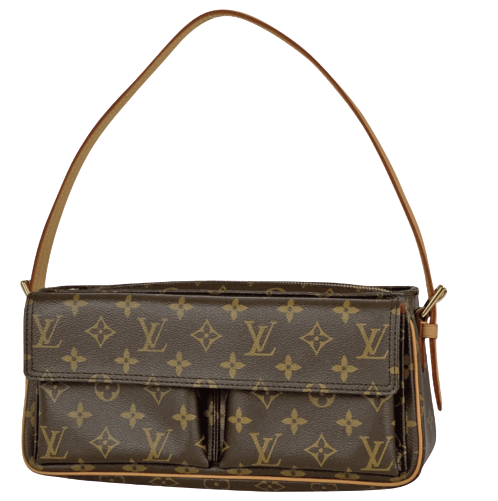 Portofeuille Elise is a coin purse and card case that will brighten up your daily life.

Every time you pick it up, you will be fascinated by its beauty and it will make you feel better. Not only is it beautiful in appearance, but it is also functional. There are flap pockets for coins on the outside, four card pockets and four open pockets on the inside, more than enough for everyday use.

It is one of the items that you should definitely use for going out and shopping. 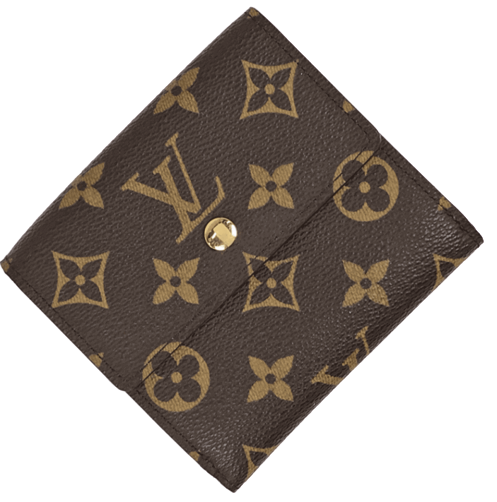 This time, we introduced the history of Louis Vuitton Monogram and representative monogram series.

Monogram is a traditional model line that has been in existence for over 100 years. The background to the birth was the copy of Louis Vuitton leaking to the market.

The popularity of monograms has not faded even more than 100 years ago, and continues to be loved by many people. Please take a look at such a monogram and feel its charm.

[Louis Vuitton] Which size should I choose for Neverfull? Thorough explanation of usability for each size! Introducing 5 recommended items!

[Louis Vuitton] What is the actual usability of Zippy Wallet? Thorough explanation of size and features!

"Epi" representing Louis Vuitton! A thorough explanation of its charm and features!